The Newgrass Challenge and the True Grass Revival 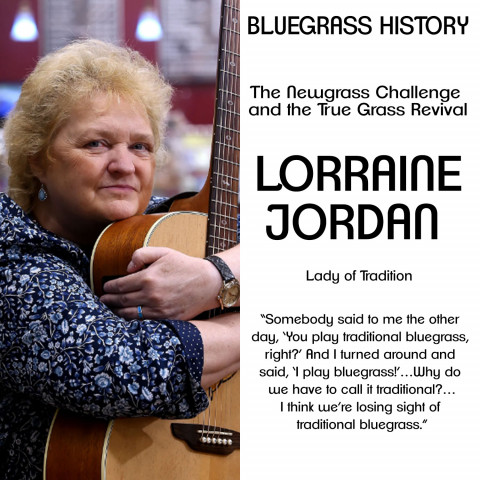 “Hey Bill, how about havin’ Courtney here fill in on banjo?”

“No Sir!” Bill Monroe turned to the upstart Courtney Johnson. “What’d you call that music there?”

Sometime, in the early 70s, probably at one of Bill Monroe’s bluegrass festivals, his fiddle player approached him, along with the banjo player for the up-and-coming band, New Grass Revival, to see if Bill might consider letting Courtney Johnson stand in on banjo.

The details of the story are somewhat lost to time these days, but Bill would have none of it, letting Johnson know in no uncertain terms that he didn’t like what this new, long-haired, hippie band was doing to ‘his’ style of music.

The Origins of Newgrass

As we touched on in the story of the Osbourne Brothers, the advent of Rock n Roll changed the entire American music scene. Country music incorporated electric amplification. In response to this, traditional bluegrass bands like the Osbornes, and others, began to electrify their sound. It was simply an act of survival in a new musical world.

It is the nature of art, like nature itself, to evolve.

Much like Monroe did with old time mountain string band music, the new bluegrass musicians of the 60s pushed the music itself to new limits.

This drive to innovate was simply a part of bluegrass, itself.

In an interview with Matt Combs (Grammy-nominated fiddler and mandolin player from the Grand Ole Opry), Combs points out that bluegrass music, as introduced by Monroe, had a kind of ‘competition’ or ‘one-upmanship’ built into it.

Monroe’s Bluegrass Boys established the alternating solo style that came to define the genre: players taking turns riffing on a theme, adding notes, playing faster, as if in competition with each other. Of course, this competition spread to other bands, in particular after Flatt and Scruggs departed and formed the Foggy Mountain Boys.

Newer bands attempted to compete with the Father of Bluegrass and his offspring, one-upping each other. This natural competition brought changes to the sound and the genre.

The Dillards and John Hartford

Doug and Rodney Dillard were born and raised in Salem, Missouri, a center for bluegrass music. Doug, a musical prodigy, was inspired by the genius of Earl Scruggs.

In the mid 50s, he and his younger brother, Rodney, formed their first band, the Ozark Mountain Boys, but in 1958, they joined the Dixie Ramblers, which included John Hartford, a fiddle player who had performed with their father years before.

This was a fateful meeting, much like young Bill Monroe and Arnold Schultz had been so long before, because the Dillards and Hartford transformed bluegrass.

The Dillard boys went on to form their own band, The Dillards, who were launched to fame and fortune on TV, thanks to Andy Griffith, as the Darlings, a bluegrass playing family living in the hills around Mayberry. They appeared on the show several times between 1963 and 1966, bringing traditional bluegrass to the homes of millions of viewers.

But much like their former bandmate, John Hartford, the 60s brought along sweeping changes to their sound, as they innovated and experimented with the new rock and folk sounds coming out of the hippie counterculture movement.

By the mid 60s, they were writing folk-rock songs, like “Listen to the Sound,” and “Touch Her if You Can,” as well as covering songs by the Beatles and others.

John Hartford began his recording career in Nashville, and gained fame for writing the song, “Gentle on My Mind,” one of the most recorded songs in history.

While his early stuff was more country than bluegrass, he often incorporated bluegrass elements. But in 1971, he launched his album, Aereo-Plain,  pushing the boundaries of bluegrass beyond what most would tolerate, while sporting long hair and partying like a hippie. The album was not a monetary success, though the blend of bluegrass with the new sounds of rock and folk has become a cult favorite of the newgrass movement, so much so that Hartford has been called The Father of Newgrass.

The new movement didn’t have a name; it was waiting for the right time and place. That came when one of the new innovative bands, the Bluegrass Alliance broke up.

The remaining members, Sam Bush, Ebo Walker, Courtney Johnson, and Curtis Burch, were looking for a name. They borrowed the title of their second album, New Grass, and the New Grass Revival was born.

They were an unlikely looking and sounding bluegrass band, sporting long hair, dressed like ‘proper’ hippies, and jamming like jazz-blues musicians, pushing the bluegrass sound faster and into places the old guard, Bill Monroe in particular, preferred they hadn’t.

Despite their detractors, Birch Monroe, Bill’s brother, hired them to play at Bill’s famous Bean Blossom Festival in 1972. They went on to major success, and were eventually, in 2020, admitted to the International Bluegrass Association Hall of Fame.

While the newgrass movement continued to innovate over the following decades, there was a growing push to return to the roots Monroe and the old guard had planted.

As it often happens when an art-form drifts from the original concepts and ‘rules’ set down by the originators, there are those who stand guard to protect the integrity of the style. As soon as newgrass appeared, there were those who wished it had not. They were unsuccessful in stamping the new movement out, of course.

But that doesn’t mean they were wrong to protect their art-form. Because genre, is by definition, a definition of something. Without tradition and parameters, there would be no bluegrass genre.

It is the definition of irony that this issue was addressed by none other than Sam Bush, one of the founders of the newgrass movement, in his keynote speech to the the International Bluegrass Association, at their 25th Anniversary in 2010.

Bush pointed out that while he and his fellow musicians pushed the boundaries of the genre much to the consternation of the Father of Bluegrass himself, they held a deep respect for Monroe and those who had come before, and recognized them as eternal sources of inspiration.

He also noted that for many years, he shied away from the title ‘bluegrass musician,’ not because he was ashamed of it, but because he had a deep respect for the music itself, and for those who came before.

Bush expressed concern that a lot of the younger musicians of the genre were not aware of the contributions of the founders, like Monroe, and that in order to preserve the traditions, they needed to be nurtured for future generations.

In 2018, bluegrass musician and leader of Carolina Road, Lorraine Jordan, voiced her stand on the issue with the release of their album True Grass, where they asked, “Why can’t bluegrass be true grass again?”

Of course, she admits that even she had “strayed” into country-grass in the past, and even recorded a song called “Boogie Grass Band,” where they celebrated the blend of music genres.

In an interview on Bluegrass Today, she talked about the True Grass album and movement.

And that’s what she’s playin’ these days: truegrass.

In 2020, she followed up True Grass with Bill Monroe’s Ol’ Mandolin, to emphasize her commitment to the roots and traditions of bluegrass music. With the title track, a reference to Ricky Skaggs’s fateful meeting with the Father of Bluegrass, and tunes like “They Call it Bluegrass,” and a cover of “Rollin’ in My Sweet Baby’s Arms,'' Lorraine and Carolina Road nail down their message: bluegrass is back to its roots!

One of the most recorded songs in bluegrass music, poses the question, “Will the circle remain unbroken?”

It is the nature of circles, as it is of music genres, to break, because they are always pushed beyond the circumscribed boundaries set out by the founders, who themselves were breaking a previous circle.

Monroe broke the circle of old time hillbilly mountain music by introducing mandolins, three-fingered banjo picking, Dobros, and putting them on turbo. The newgrass movement broke the bluegrass circle, only to find one of their own, Sam Bush, arguing for bringing the sound back to its roots.

I think it’s safe to say that bluegrass is here to stay, because there are always those who hearken back to the sound of old. Long live bluegrass.

Rock n Roll, Country, and the Emergence of Bluegra...