As mentioned in part one, The Origins of Bluegrass Music: A True-grass History, Bill Monroe’s Bluegrass Boys were still, more or less, just a good ole’ hillbilly string band when they joined the Grand Ole Opry in 1939.

At the time, they had not yet added a banjo player. They were still just a bunch of good ole’ country biscuits, sans the fried chicken.

In 1943, Bill Monroe hired David ’Stringbean’ Akeman to play the banjo. While this added the last element to what would be the classic ‘bluegrass’ instrumentation, there was still an element missing.

Stringbean played the banjo with the traditional ‘claw and hammer’ technique: the thumb and middle finger alternating between plucking and strumming. The style lent itself more to background rhythm and not to lead playing. 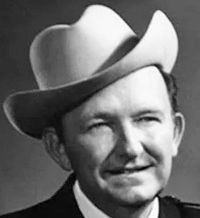 In 1945 Lester Flatt joined the Bluegrass Boys as guitarist and lead singer. Soon after, Stringbean left the band. Monroe began looking for a replacement, but Lester wasn’t all that eager to find one. He was convinced the claw n hammer players just couldn’t keep up with the lightning pace of many of their songs. “They all sound like Akeman!” he complained to Monroe. 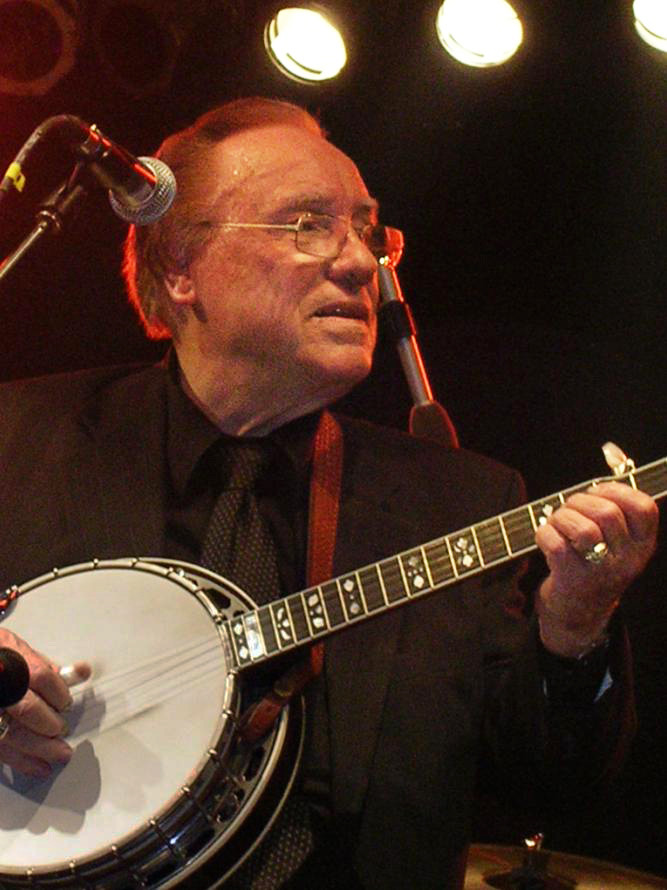 When it seemed the Bluegrass Boys might not find a new banjo player, Monroe turned to his fiddle player at the time, Jimmy Shumate to ask him if he knew of one.

It just so happened an old friend of Shumate, a young man named Earl Scruggs, had just been released from his last band: Lost John Miller and his Allied Kentuckians, and was planning to go home to North Carolina to look for regular work.

Shumate set up an audition at the Tulane Hotel in Nashville. It was one of those rare moments in history, like when the young Bill Monroe played that dance with Arnold Schultz, where two great things came together: hillbilly biscuits met fried chicken!

Scruggs’s Big Chance
According to Scruggs, Monroe showed little more than a poker face after his audition but did ask him to come jam with the band over at the Grand Ole Opry.

Lester Flatt, who had been resistant to hiring any banjo player, had a different reaction. He was apparently thrilled to hear Scruggs’s fresh take on the banjo. “I had never heard that kind of banjo picking. We had been limited, but Earl made all the difference in the world.”

Scruggs was hired and playing at the Opry the next Monday. Country music would never be the same.

The Origins of the Scrugg’s Style
Earl Scruggs hailed from Cleveland County, North Carolina, where he’d grown up listening to guitar and banjo players who were employing a new three-finger style of picking, one with origins in classical and ragtime banjo, with deep roots in African American music.

This new three-finger style allowed Scruggs to alternate as a soloist with the other players in the band, playing the melody as well as rhythm. His further innovation of the use of finger picks gave his banjo a louder, percussive sound, cutting through the rhythm of the rest of the band.

These seemingly tiny innovations were the magic needed to transform Monroe’s hillbilly string band sound into the classic bluegrass sound we know today, even if the name ‘bluegrass’ would not been applied to the genre for many years.

There has always been speculation about how Scruggs’s picking style was influenced by others before him.

As mentioned in Part One of this series, the banjo itself was an African instrument, brought to America by enslaved peoples from Africa. Many black players also employed a three-fingerpicking technique.
How their styles made their way into the hills of North Carolina where young Earl picked them up, no one really knows. That we know anything about their origins is due in large part to Earl bringing the style to bluegrass, where it flourished.

The Birth of Bluegrass as We Know It
The addition of Scruggs’s new fried chicken pickin’ style allowed the Bluegrass Boys and their fearless leader to take off like a rocket.

Scruggs’s style became so ubiquitous it’s easy to assume it was always there, and that bluegrass had always existed, hidden up in the mountains waiting to be discovered.

The reality is that several elements of luck, fate, the gods, whatever, had to come together in one place in that one time. It’s no overstatement to say that there was a day before Scruggs joined the Bluegrass Boys, and then there was bluegrass music.

Without Scruggs’s sound, Monroe and his boys might well have remained a really fast playing hillbilly string band: a plate of biscuits pining for fried chicken.

The day Earl Scruggs played for Bill Monroe in the Tulane Hotel was a momentous moment in music history. It was a chance encounter. An unemployed banjo player and the father of a would-be new music genre simply looking to replace a player he’d lost: ships who might well have passed in the night but crashed into one another instead.

Would someone else have come along to fill that gap?

Maybe… But they didn’t. Earl Scruggs did.

The Big Split and the Second Generation of Bluegrass
For the next two or three years, the Bluegrass Boys and Bill Monroe tore up the road, traveling over the country doing Tent Shows and playing in movie theaters, sometimes doing five or six shows a day, a grueling pace. Scruggs described it: “Sometimes we wouldn’t see a bed from one end of the week ‘til the other.”
In the end, the grind was too much for Scruggs. He quit the band in 1948. At about the same time, Lester Flatt quit, and then their bass player, Howard Watts also resigned.

Bill Monroe said little about it at the time, but those closest to him said he was devastated and was sure they’d all left to form their own band.

The reality had more to do with the punishing schedule the band was following. Earl was also worried about his mother back in Shelby, NC, who was doing poorly. He wanted to move back to look after her and even considered going to work for a local mill.

But that’s not what happened.

By the end of January 1948, the second bluegrass band in history had formed, and the genre that still didn’t have a name was truly born.

Flatt, Scruggs, Watts (under his nickname, Cedric Rainwater), and Jim Eanes (on guitar) came together as Lester Flatt, Earl Scruggs and the Foggy Mountain Boys.

They revolutionized music and refined the sound of what would eventually be known as bluegrass. In the mid-1950s, they also added another instrument to the classic sound: the dobro, played by Buck ‘Uncle Josh’ Graves.

Along the way, they recorded hit after hit, including bluegrass standards, like the ‘Foggy Mountain Breakdown’ and possibly the most famous bluegrass song of all time, “The Ballad of Jed Clampett,” the theme to the hit television series, The Beverly Hillbillies.

Flatt and Scruggs played together for over twenty years, until they parted ways in 1969, over artistic differences. Scruggs, always the innovator, wanted to explore other styles of music, in particular, rock and the new folk revival stuff. Flatt was not interested.

While Monroe, Flatt, and Scruggs gave birth to this new style of music, others were listening who picked up the sound and ran with it.

But that’s for next time…

Want to know more about the history and origins of bluegrass? Check out these resources:
Charles W. Perryman’s dissertation: Africa, Appalachia, and Acculturation: The History of Bluegrass Music
Flatt and Scruggs bio: https://flatt-and-scruggs.com/earlbio.html from Barry R. Willis, America's Music: Bluegrass: A History of Bluegrass Music in the Words of Its Pioneers, on Amazon