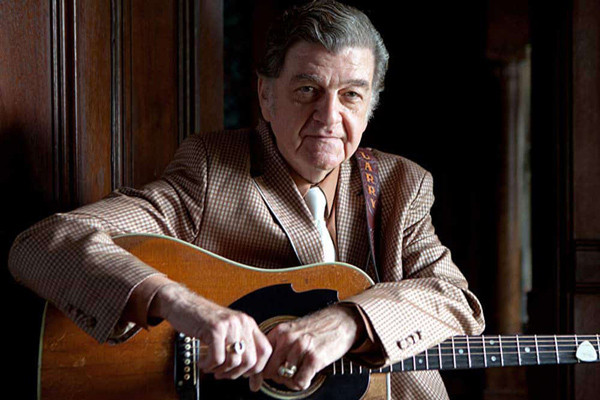 Blessed with what many consider the most soulful, expressive voice in bluegrass and gospel music, Larry Sparks is among the most widely known and respected touring musicians of today. With over 60 albums to his credit, Larry has been delighting countless fans worldwide for over 50 years.

A stylist in every sense of the word, Larry’s special brand of “no gimmicks” music has been featured on personal appearances at many of the world’s most famous venues such as The Grand Ol’ Opry, PBS specials, and Austin City Limits. His songs routinely top the industry charts. Many like A Face in The Crowd, Blue Virginia Blues, I've Just Seen The Rock Of Ages, Tennessee 1949, and John Deere Tractor, are considered classics. Larry has been recognized as the International Bluegrass Music Association’s Male Vocalist of the Year. Larry also was awarded IBMA Album of the Year and Recorded Event of the Year with his album “Larry Sparks 40” featuring Alison Krauss, Vince Gill, Ralph Stanley, Ricky Skaggs, Tom T. Hall, and many more. Additionally, Larry was inducted into The International Bluegrass Music Hall of Fame, as well as the Bill Monroe Bluegrass Hall of Fame. He has also been inducted into The George D. Hays Hall of fame. If you like your bluegrass on the “bluesy” side, you’re in for a real treat as we proudly present Larry Sparks and the Lonesome Ramblers.